In band-weaving we are creating a warp-faced fabric. That means the weft is entirely covered by the warp. Now, there are some exceptions. With some patterning techniques, the weft is expected to peek through, and when adding supplemental weft it will definitely show. And there may be the occasional other case where you may wish not to pull the weft completely tight, so it shows in the fabric. But by and large, with plainweave bands, the weft doesn’t show.

Well, except for a little pop at the edges, where the weft makes its 180 degree turn to go back the other way. Most of the time, weavers match their weft to the edge warps so it blends in, like in the two bands below. 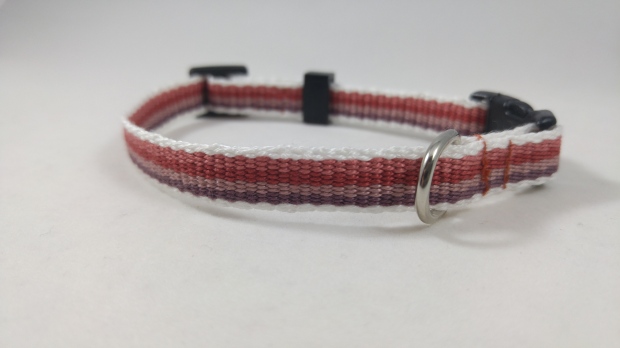 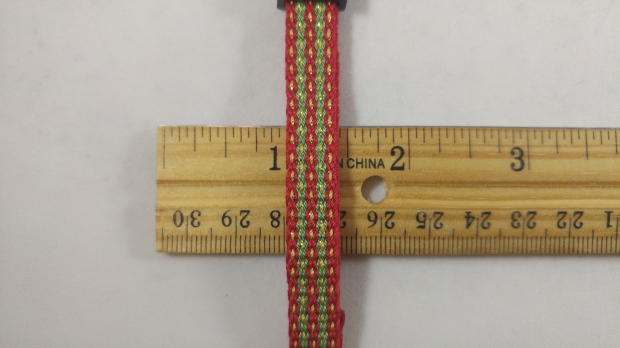 Even though the weft edge is visible, it blends in and isn’t noticeable.

Sometimes that little pop at the edges is a highlighted part of the design, like in this band, where I used a black weft that contrasts with the green warp edges.

But really, for real now, that’s about it, as far as I’ve always thought. The warp does the heavy lifting in band weaving, as far as pattern and color go.

Then I encountered some weavers who said the weft influences the way the final color of the band appears even in a regular ole plainweave band, above and beyond showing at the edges. So a few months ago I did a small experiment by changing the weft color within one band, and taking a picture of the result. But I felt like the uneven lighting didn’t give a fair trial (the bands bowed together a bit, meaning the inner edge was in shadow). Here’s that first experiment. 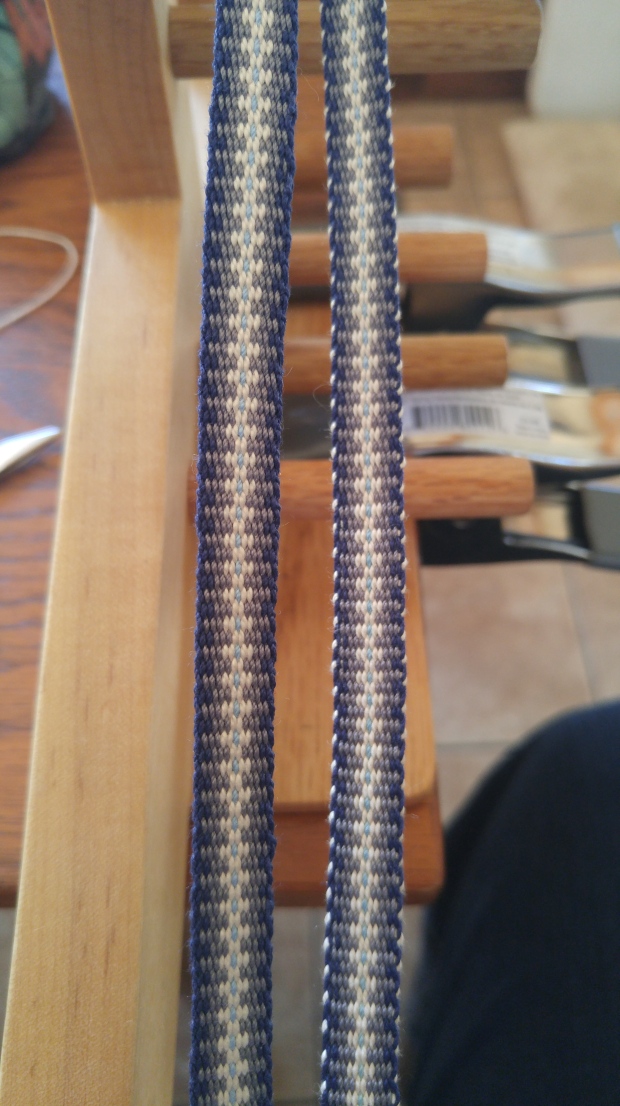 Conclusive? No. The lighting was too poor, and I didn’t cover the edges. Of course there is an impact on the overall look of the band, depending on whether there are pops of contrast at the edge or not. What I want to know is whether the weft color makes a difference to the way the center of the band “reads.” More experimentation needed!

My hypothesis: The weft color has no effect on the appearance of a plainweave band other than at the edges.

The test: I wove a short plainweave band (a bit wider than the first one above), warped in threads all of light value, with wefts of varying value used. Then I photographed the sections with differing wefts next to each other with the edges covered up.

The data: These four sections of band each have a different weft color, but those colors are concealed in this photo. The beat is about the same for all. I think I actually pulled the weft tighter in one of them than the others, by a little bit, because that band is a bit narrower. That was an accidental variable, but I don’t think it matters because they still all look the same to me. 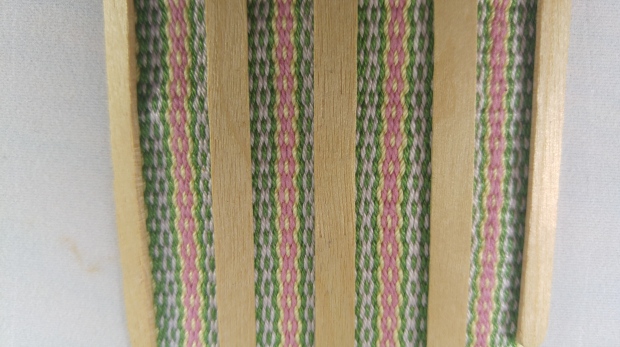 Here they are with the edges showing, which reveals the color of the weft in each section.

Discussion: I perceive no difference among these bands when the edges are covered.

Conclusion: The weft has no effect on the perceived colors of a plainweave band outside of the optical blending impact of whatever is showing on the edge.