Here I’m talking about weft thickness for inkle band weaving, though it should basically translate for other warp-faced band weaving too, like band looms, rigid heddle for bands, or backstrap. Here is a band (same one as in the tripling warps experiment) with three different weft thicknesses. None of them are very thick: I’m not talking about repp weave, here. Just the affect of smaller difference in the weft thickness. 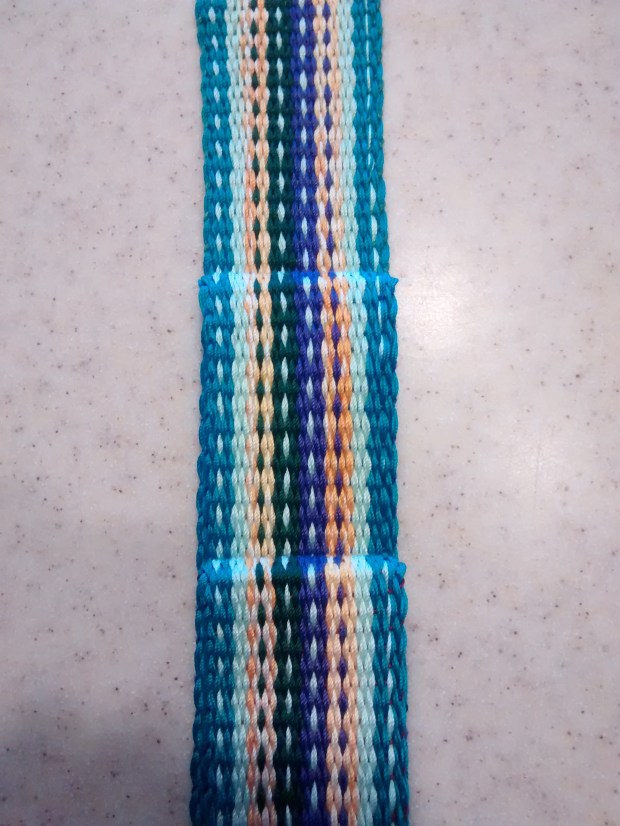 I beat about the same for all the weft sizes, and here are my results:

So I have two new questions now, from this experiment! What about pulling the thinner weft tighter? And what is up with my weaving at the underside left selvedge?

I have chopped this band up for use in a woven heart a la a fun post by Inkled Pink from a couple of years ago. The different wefts don’t make enough difference to bother about for that application. 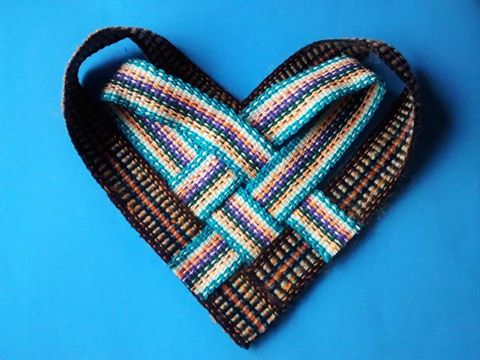